John Terry has revealed that Rio Ferdinand snubbed him on a beach in Dubai when he approached to clear the air over the 2011 racism accusation from his brother Anton.

Terry, now assistant manager at Aston Villa, was hit with a four-game ban and £220,000 fine for the incident during the game between the Blues and QPR at Loftus Road.

But the former England captain was cleared in court having been charged by the Crown Prosecution Service and has always denied racially abusing his fellow defender. 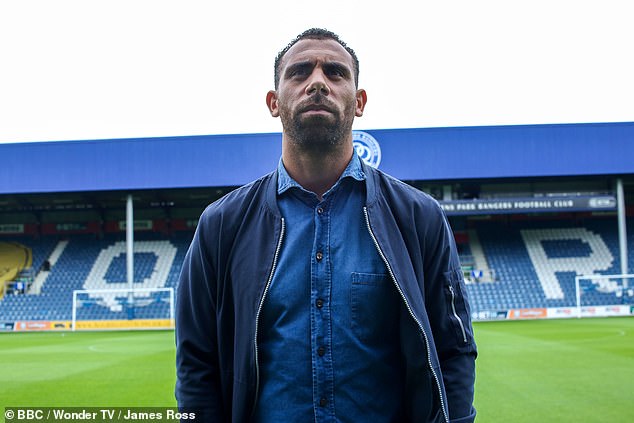 Ferdinand looked back on the incident in a documentary called ‘Football, Racism and Me’ 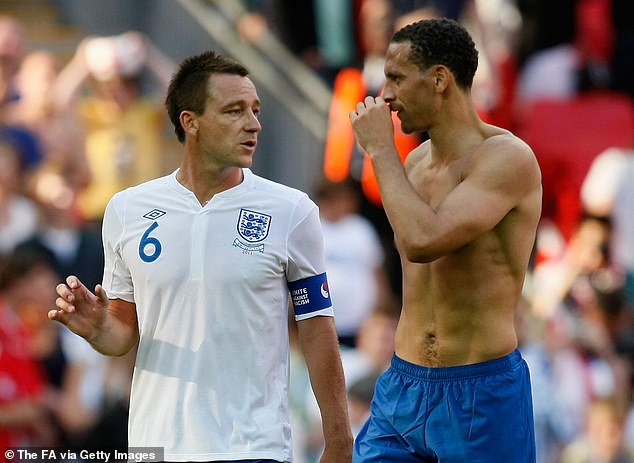 Last year’s BBC documentary Football, Racism and Me looked back at the incident and it was said during the programme that Terry chose not to speak to Anton Ferdinand or take part in the show.

Terry claims that is untrue and insists there have been multiple occasions over the years when he has made efforts to contact both Anton and his brother, Terry’s former England centre-back partner, Rio, who described Terry as ‘an idiot’ in his autobiography released in 2014.

Terry, 40, told the Times: ‘It’s disappointing to read and hear that I’ve never reached out.

‘I tried to phone Rio and Anton on numerous occasions, literally the same night [as the game], the day after, and that week after the incident.

‘Then about three, four years ago, I see Rio on the beach in Dubai, so I approached him and said, “Have you got five minutes? I’d like to talk to you”. He was like, “I don’t want to talk to you, JT”. 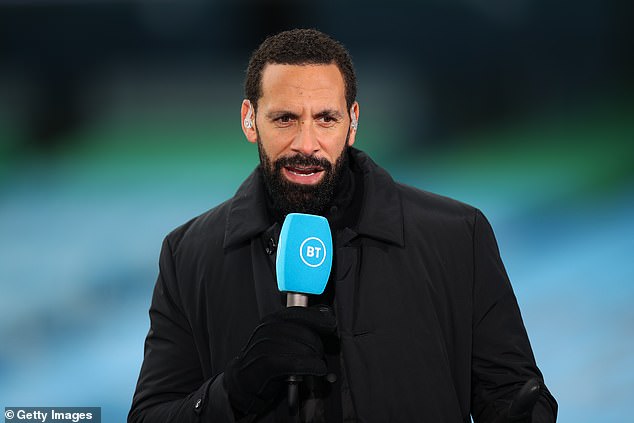 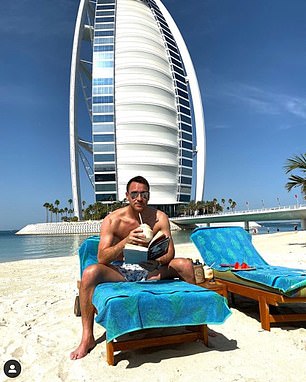 Terry said he was in Dubai when he saw Rio

‘I was prepared to address the issue. I tried to phone Anton, Rio and his agent [Jamie Moralee]. And in the lead-up to the programme, my legal team had contact with the producers with the view to communicate but they were very evasive with the content and what they were trying to achieve.

‘It was a lot bigger than it should have been for me. We could have dealt with the issue. I was very keen to get that done.’

Terry was alleged to have called Anton Ferdinand a ‘f****** black c***’ and video footage circulated online at the time.

The Chelsea defender claimed that he actually said to Ferdinand, ‘Oi, Anton, do you think I called you a black c***?’

The game took place in October 2011 and in December of the same year Terry was charged with using racist language by the Crown Prosecution Service.

His trial began in July 2012. He pleaded not guilty and was acquitted. The FA then levied their charge against him for using ‘abusive and/or insulting words and/or behaviour’ which ‘included a reference to the ethnic origin and/or colour and/or race of Ferdinand. He was found guilty and given a four-match ban with a £220,000 fine. Terry decided not to appeal and apologised ‘for the language he used in the game’.

The incident effectively ended Terry’s England career as the captaincy was taken away from him by the FA when he was charged by the Crown Prosecution Service. 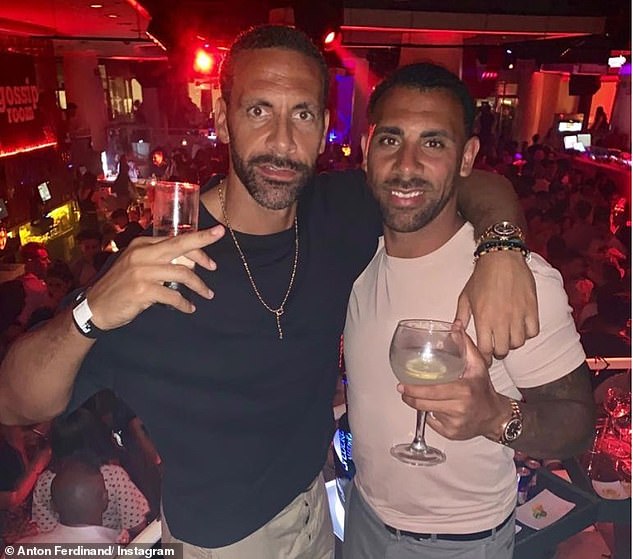 He was cleared in court but decided to call time on his England career when the FA opened a case against him.

Terry says the BBC documentary means there is no longer a chance of reconciliation with Ferdinand.

‘It’s been 10 years now, then to see the documentary and being made to look the bad guy in there… it’s done. There’s a line in the sand drawn’, he added.

‘Anton can have his opinion. My opinion is very clear, I was not guilty in the court of law which is the biggest form of our law in our country. No higher.’

When asked directly if he was racist, Terry said: ‘No, I’m not – racism is unacceptable.’

Responding to Terry’s comments in the interview, Anton wrote a Tweet denying that the former centre-back had got in touch but urging him to reach out.

‘I never received a call personally from JT prior to the documentary or during the process. As I stated on the doc, the door is still open to have a conversation if he’s serious about racism in football & wanting to create positive change.

I never received a call personally from JT prior to the documentary or during the process. As I stated on the doc, the door is still open to have a conversation if he’s serious about racism in football & wanting to create positive change. Call me then JT? 📱@henrywinter https://t.co/lKLF8LXc1k 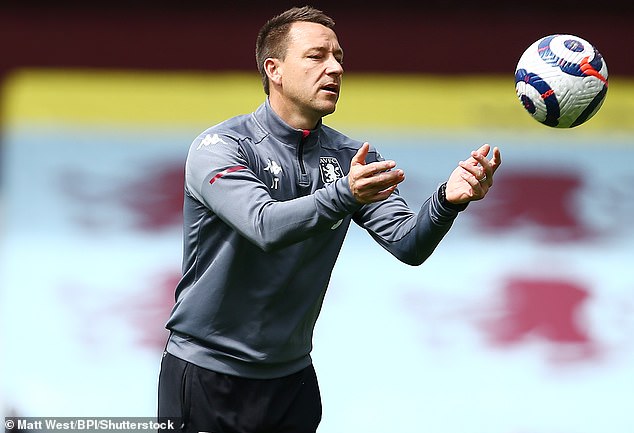 Terry, now assistant manager at Aston Villa, says he reached out to the Ferdinands 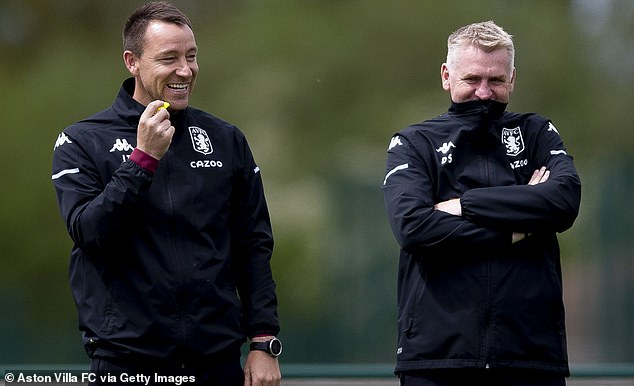 He had told Sky Sports News last year: ‘I didn’t feel like I was the right representation of our community in terms of speaking out and I don’t think that I could have at the time anyway.

‘I was scared to speak out and I see that now. I was scared of the whirlwind of what happened, the abuse on social media, I couldn’t get away from it, it was always there.

‘I felt like I just couldn’t speak, not just because it would harm the court case, which was being drummed into me a lot at the time.

‘I did something that I wish I hadn’t done, which was I left it in the hands of the authorities and they failed me.’

In the documentary Football, Racism and Me, Anton opened up not just on how the incident itself affected him, but the subsequent reaction to it and ongoing saga dragged out for months.

‘That’s what I had to live with daily. Walking down the street, going into a stadium.

‘I always had it thrown at me. Whether that be another racial slur from someone walking down the street [saying] ‘ah JT was right you are a black c***’ [or] picking up my phone going on my social media and [seeing] a barrage of racial racist abuse.

‘I can’t say anything, and I can’t do anything because I’m in the public eye.’ 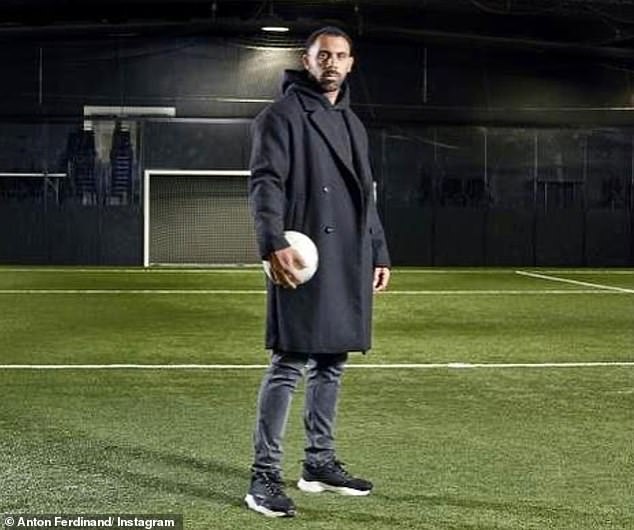 ‘It was hourly. My mum’s house was targeted with missiles. I got sent bullets in the post.

‘I’m not ashamed to say it now – I was scared. If I had spoken about it at a certain time, that could have been the end of my career.

‘When it happened, I think I was on over 200 games in the Premier League. I think I played 10 more after the incident – and that was my lot. I had to go and play in Turkey. I came back and went down the leagues.’

Terry continued playing club football for Chelsea before leaving to play a season for Aston Villa in 2017-18. He then retired and took up a position under Dean Smith as assistant manager.

Anton Ferdinand retired after ending his playing career with St Mirren back in 2019.